TWENTY YEARS FOR INJURY TO A CHILD

A 37-year old Caldwell man received the maximum 20 years in prison for injury to a child almost one year after his one year old son was found dead in a bathtub in a Caldwell hotel room.

Michael Frederickson received the tough sentence along with a $10,000 fine after a three day trial last week in Caldwell. 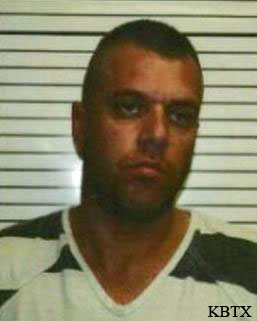 Frederickson was arrested on March 26th, last year along with a his female companion ten days after he and the companion, Samantha Lange found  one-year old Aiden in  a filled bathtub. The boy was rushed to the St. Joseph’s Hospital emergency room and paramedics attempted life saving measures on the child but it was too late.  Child Protective Services investigated and then took into custody a two year old child living with the couple

The couple was arrested on a Monday morning when they had gone to the Burleson County to regain custody of the other child.

The CPS affidavit says the parents were on drugs and either the mother or a two-year old sibling had put Aiden into the bathtub and turned the water on.  The report further said that the parents had passed out due to heroine and woke up to find the baby boy floating in the tub.

Testimony in the trial showed there an inconclusive cause of death but methamphetamines was found in the boy’s blood and liver, water in the boy’s lungs and large quantities of un-chewed, un peeled fruit in the baby’s stomach.