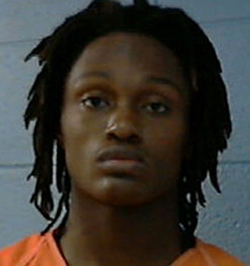 According to authorities, Harris and Dustin Donovan Smith were both at a Halloween party at the LaGrange VFW Hall.

Few details have been released, but according to KHOU-TV, Houston, Smith suffered a shotgun wound to the back and later died at St. Mark’s Medical Center in LaGrange.

Authorities say JaKyle Harris is also charged with wounding a man identified at Quinton Harris of Sealy.  Quinton Harris was shot in the arm during the same incident.

JaKyle Harris was arrested Sunday morning at his home in Weimar.