Leighton Schubert, attorney in Caldwell, Texas, is formally announcing his intention to run for State Representative of District 13.

Leighton was born in Brenham, and raised in Burleson County. He graduated from Snook High School and is a proud Texas Aggie graduate. In addition he obtained his law degree from South Texas College of Law in      Houston, Texas. 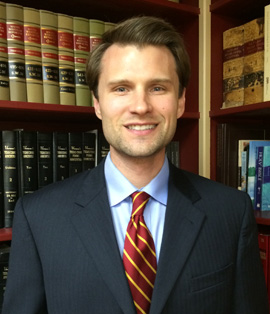 Leighton was raised on the traditional family values of hard work and giving back to his local community, state and country. In doing so, he has worked with the U. S. Department of State both in Washington and in South America, served as a staff assistant to a U.S. Senator, the Harris County Office of Legislative Relations, and the Attorney General of Texas to name a few.

Leighton then made the choice to move back home and start his own law firm on the square in Caldwell, Texas. Upon returning to Burleson County he has been involved in the Rotary Club, Lions Club, chamber of commerce, and numerous other community service organizations.

Leighton and his wife, Brittany live in Caldwell, Texas. His parents, Bob and Patsy Schubert and twin sister Leigha and her husband, Phillip Anelli, reside in Snook, Texas.

His Grandparents are Charles Schubert and the late Angie Schubert from Brenham, Texas and Verna Becker and the late Paul Becker from Austin County.

That position will only come open if the current Representative Lois Kolkhorst wins her bid for the District 18 Senate seat currently held by Glen Hager, who is resigning December 5th.