A Brenham business was destroyed by fire early Monday morning shortly after midnight.

When the fire department arrived, they found the building, Brentex Pallets totally engulfed in flames.

A second alarm was requested for manpower along with mutual aid response from Salem, Gay Hill, Chappell Hill, and Meyersville Fire Departments.

The entire 21,000 square ft. building and surrounding stacks of wooden pallets were burning when the first engines arrived on scene. The fire department worked to ensure the fire did not spread to other surrounding businesses.

Two Brenham aerial ladder trucks and an Engine were used to control the fire.

The cause of the fire is under investigation by the Brenham Fire Marshal's office.

The business was located behind the Fireman’s Training Center, and firefighters have been out most of the night putting out the fire and hot spots. 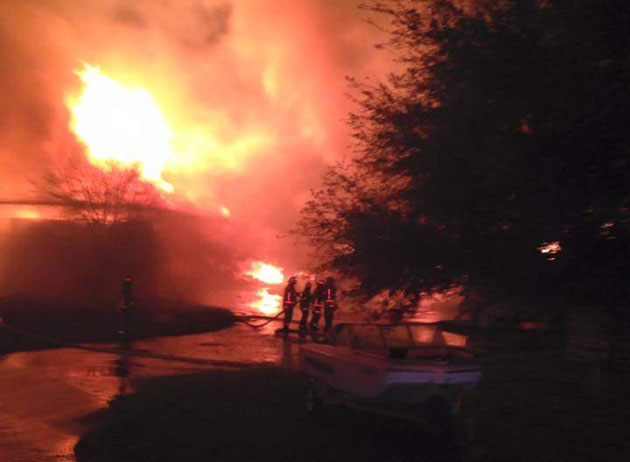