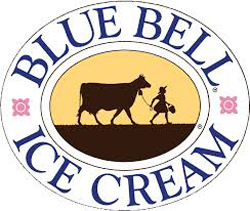 Corporate officials in San Antonio say they are working with Blue Bell officials and are calling the move "a precautionary measure due to food safety concerns."

The local HEB store is complying with its corporate concerns.  Brenham store manager Doc Williams confirms all Blue Bell has been removed from their shelves.

The move comes after Blue Bell Creameries announced a voluntary suspension of operations at their Broken Arrow, Oklahoma manufacturing plant linked to a listeriosis outbreak.

In a statement issued Friday, the company said its Oklahoma will undergo a thorough inspection "for any possible problems that may have led to the contamination of some of our ice cream products in the past few weeks."

H-E-B says customers with concerns can return the products to stores for a full refund.

Customers with questions can contact H-E-B Customer Relations at 1-855-432-4438 between 8am and 5pm, Monday through Friday.

Meanwhile, Randalls voluntarily pulled all of its Blue Bell products Friday night but a spokeswoman said the store would return the product to its freezers as soon as officials checked to make sure the ice cream did not come from Oklahoma.

Kroger still had Blue Bell in stock but had posted a warning sign on the freezer door.

To tell if you bought products from Blue Bell's Oklahoma facility, the code on the bottom of the carton ends in the letters S, P, O, Q, R or T.