The Brenham Fire Department responded to a pair of car fires Tuesday afternoon.

At 4:09 p.m. Tuesday, Brenham Firemen were called to 210 South Park Street near Corner Liquor Store where a car was reported on fire.  They found a 2003 passenger car with heavy smoke coming from beneath the hood.  Firemen extinguished the fire and no one was injured. 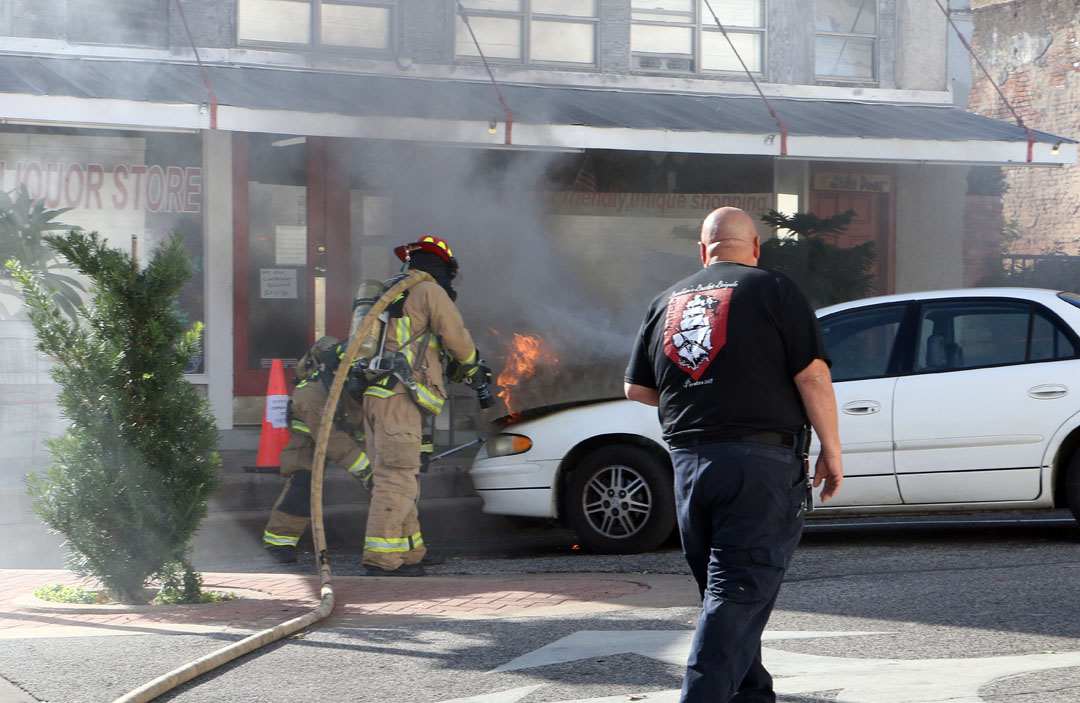 At 6:03 p.m. Tuesday, firemen were dispatched to 1109 Green Street for a car fire.  Upon arrival they found light smoke coming from the engine compartment of a 1983 Dodge Durango.  Firemen disconnected the battery and put out a small fire behind the motor.  The cause of the fire was undetermined.