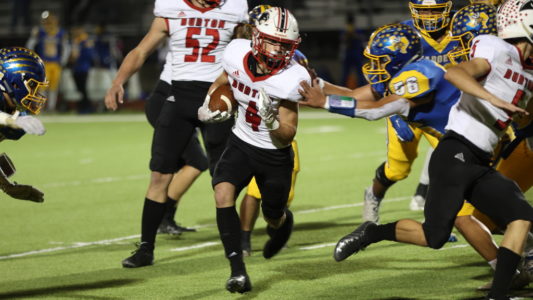 The Burton Panthers, coming off of their biggest win of the season against Bruni in the area round, will see a familiar foe in the regional semifinals. Burton will head to Elgin to take on district rival Granger. The Panthers beat the Lions 28-22 earlier this season but later had to forfeit the win due to a clerical issue with a now ineligible player. Both teams advancing to this point sets up one of the most anticipated rematches in the state. Burton Head Coach Jason Hodde said beating a team twice in one season can be difficult but that it ultimately comes down to your team making the right corrections from the first matchup.

Kickoff is set for Friday at 7 at Wildcat Stadium in Elgin. You can catch pregame coverage starting at 6:30 on KWHI AM 1280 and FM 101.7 as well as right here on KWHI.com and the KWHI app. The winner of this game will take on either El Dorado or Falls City in the Region Finals.