No action was needed by the Burton City Council on Tuesday to finish repairs at the flag poles on Highway 290. 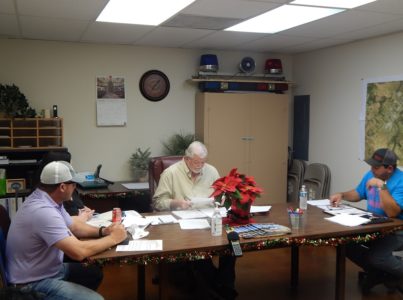 The council was to consider an item for a supplemental bid from Hepler Services in Round Top to complete the flag pole repairs, but removed it from the agenda after learning that Bluebonnet Electric Cooperative had approached the city and offered to sponsor the repairs.

In other action Tuesday, the council approved an interlocal election contract and agreement between the city and Burton ISD, for the Burton School Board election in May.  In addition, councilmembers tabled an item to convey property at the end of East Branch Street and the road formerly known as South Colorado Street to American Kinetics Inc., citing the need for further information.  The item was also tabled at their previous meeting in December.

Mayor David Zajicek presented his formal notice of resignation to the council, after announcing last month he would step down effective March 8th.  In his letter, he said it was an honor and a privilege to serve the City of Burton, and thanked the council for its support.