Investigation is underway into the in-custody death of a Hearne man in Brazos County. 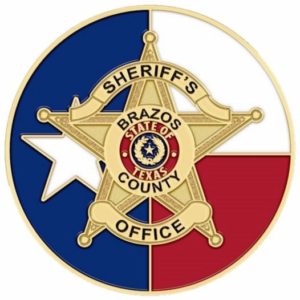 According to the Brazos County Sheriff’s Office, 44-year-old Terrance D’Shawn Hammond was transported around 8:30 a.m. Friday from the Brazos County Detention Center to St. Joseph’s Hospital in Bryan after jail staff said he appeared to be in medical distress.  He was pronounced dead at the hospital just before 9 a.m.

The sheriff’s office said staff conducted a check on Hammond shortly before 8 a.m.  Medical staff at the jail evaluated him and immediately began lifesaving efforts.  After 911 was called, Bryan EMS arrived, conducted an evaluation and transported him to the hospital, where he later died.

Hammond was initially arrested by College Station police around 11:30 p.m. Thursday.  The sheriff’s office said he was accepted at the jail at 1:15 a.m. Friday and was being admitted on charges of Possession of a Controlled Substance, a Travis County warrant for Child Support, Failure to Identify as a Fugitive Giving False or Fictitious Information and a Brazos County warrant on the same charge.