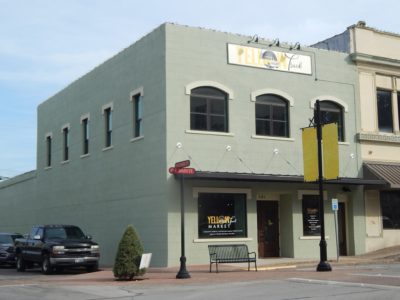 Effective in September, one of the participants in the incubator program, The COEO, will expand its business in what was once YellowTruck Market and will lease space in the building owned by Tiffany McMordie-Morisak, the proprietor of YellowTruck LLC.  The incubator, a public-private partnership between Morisak, Brenham | Washington County Economic Development and Main Street Brenham, will close on Saturday to allow time for the transition.

Brenham | Washington County Economic Development Director Susan Cates said The COEO is one of five of the seven initial retail participants in the incubator who have “graduated” since the program’s start in October 2021 to launch their businesses.  She said the rapid success leading to frequent changing of participants, in what was slated as a two-year program, was unexpected but also exciting.

Cates said the vision for YellowTruck remains strong and that the program has been very valuable for participants, but the turnover of businesses posed a challenge for the limited number of economic development staff available.  She said the incubator was always intended to train, mentor and encourage entrepreneurs, and believes it accomplished that goal.

There are two incubator participants, Company 5 and Pelayo’s Art & Folk, who have not officially announced their plans for the future, but Cates said they do intend to continue their businesses.

Several elements of the incubator will remain, even if the program itself no longer operates as it did originally.  The incubator’s small business educational sessions will continue in the fall under the umbrella of Brenham | Washington County Economic Development.  In addition, The COEO is working with all of the original incubator participants that still want to have their products in that space.