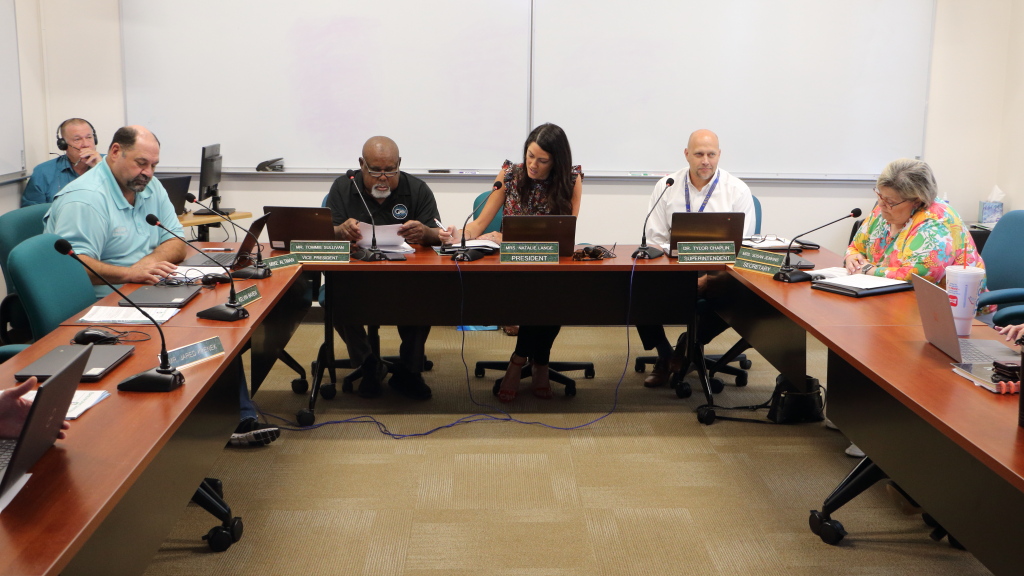 The Brenham School Board will be holding a public hearing on the district budget and the proposed tax rate at their next meeting on Monday night.

The tax rate is made up of 85.46 cents for maintenance and operations, and 8 cents for the interest and sinking rate.

After the public hearing, they are scheduled to vote on adoption of the budget and tax rate.

The Brenham School Board will also be discussing and voting on approving an order calling for a bond election.

This past Tuesday, the board heard from their bond committee suggesting that the bond measure be separated into two.

Proposition A would be $111 million for a new junior high school, while Proposition B would be for a new CTE building and a remodeling of the current CTE for $25 million.

The Proposition A Bond Election is expected to be on the ballot in November.

The Brenham School Board meets Monday at 6pm at Brenham High School.