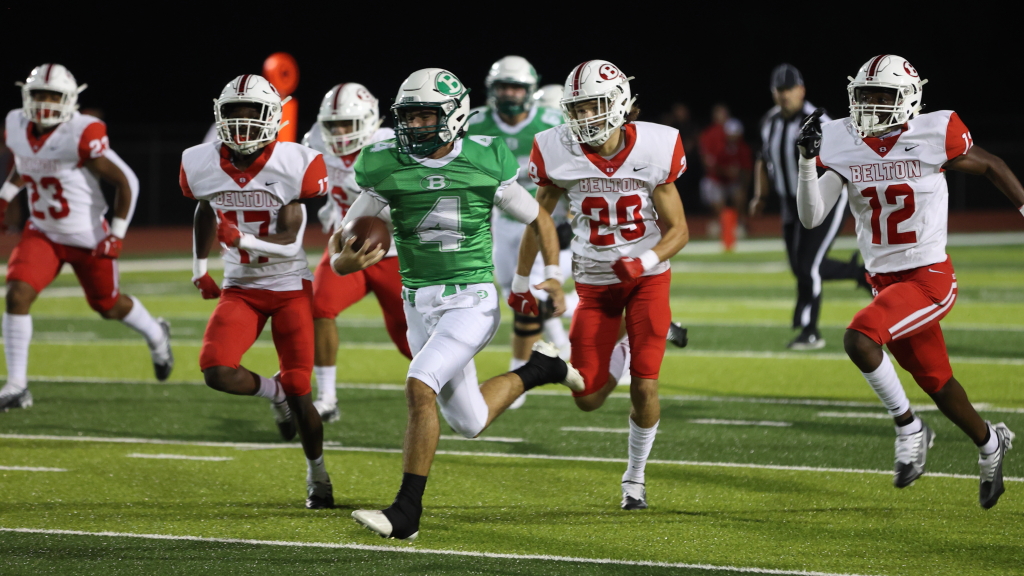 The Brenham Cubs are looking to get back on the winning track tonight (Thursday) against the New Braunfels Unicorns.

The Cubs are led by QB Rylan Wooten, who has completed 40 out of 76 passes for 627 yards, five touchdowns, and just one interception.  He has also rushed the ball 57 times for 324 yards and seven touchdowns.

This is the Cubs' final non-district game.

The Unicorns are led by their QB Leighton Adams.  Adams has completed 80 out of 128 passes for 1,166 yards. He's also thrown 14 touchdown passes to just three interceptions.

The kickoff is scheduled for 7pm.  Tommy Lange and I will have the call of the action beginning with the pregame at 6:30pm here on KWHI 1280AM, 101.7FM, and KWHI.com.