Jacob Leonard Walton, a 27-year old known gang member was sentenced to 53 years in prison Wednesday for taking part in a brutal beating and robbery at  of a man  at a Bryan apartment in 2011. 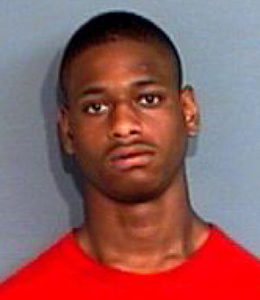 Walton was convicted in Brazos County Tuesday after a two day trial for an incident in August of 2011.  Walton and two other men attacked Jordan Dalton at his apartment.  Dalton’s cell phone and money he’s won from one of the men in a dice game the previous night were stolen.

The men broke Dalton’s jaw in two places and left him with several other serious injuries.

Prosecutors called on law enforcement officers who testified about other charges pending against Walton, including four other counts of family assault.

The punishment phase took place Wednesday in which  numerous instances of violence in Walton’s past were revealed.  Prosecutor Kevin Capps said this tough sentence was a sign that violence is not tolerated in the community.