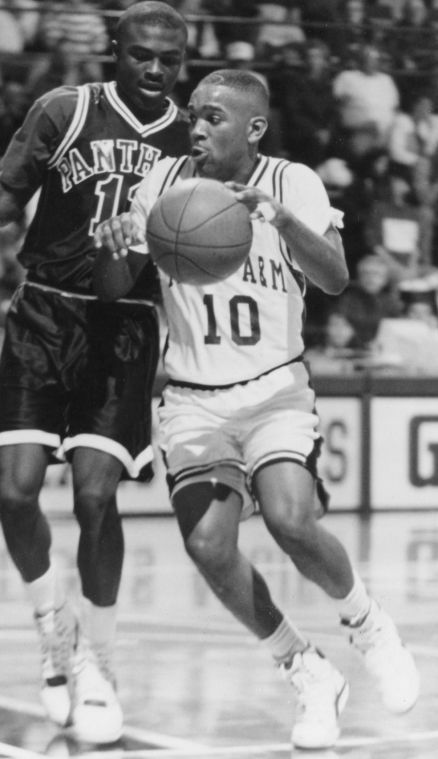 Former Texas A&M basketball star David Edwards, who holds the school's single-season record for total assists, has died of complications from the coronavirus.

Edwards, a native New Yorker, started his collegiate career at Georgetown before transferring to Texas A&M prior to the 1991-92 season.  In 85 games for the Aggies, he averaged 13.5 points, 7.1 assists and 4.9 rebounds.

As a senior, he led the Southwest Conference with 8.8 assists per game, and his 265 assists that season remain a Texas A&M school record.

A three-time all-SWC player, Edwards is one of six players in Division I history to record a triple-double in consecutive games.