A combined force of fictional law enforcement officers and private detectives went on the search for the ‘Missing Maypole’  at last (Friday) night’s Junior Maifest Coronation at the Fireman’s Park baseball field. This was in honor of the Junior Queen Piper Puckett and Junior King  Jackson Edward Van Dyke, who reigned over the Court of Maifest Mysteries.’ That was the conclusion of a jubilant day on the Maifest grounds Friday.  Others dance and sang along with the Anthony Moreno Band and then Cory Morrow at the park. The 124th Annual Celebration of Brenham’s German Heritage.  Maifest President Heather Thielemann says once again they have combined the Junior and Senior Parades today. At 10:30am the parade with the junior court will join the senior court of Queen Caroline Webb and King Celeb Rodenbeck, to ride in the city’s traditional parade route.  Thielemann says this gives a chance for everyone to take part in the Maifest parade. 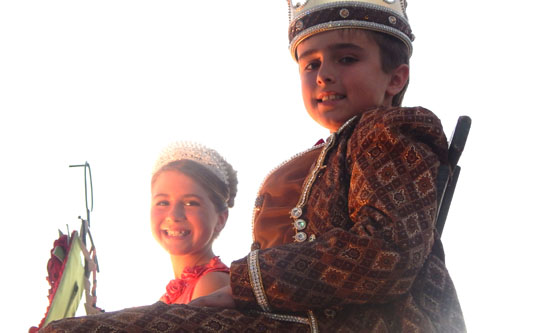 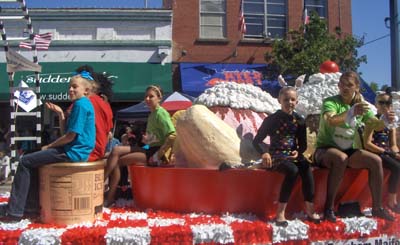 ]   King Rodenbeck is headed for Texas Tech and the Red Raider  is said to be on horseback to ride through the parade route. The Maifestival Grounds open at Fireman’s Park right after the parade with a full day of fun, food and vendors.  Over 50 booths will be open for all sorts of arts and crafts.  Thielemann says it is a great place to get a Mother’s Day gift. There will be plenty of food to eat, especially at the Country Flavors Ice Cream Smorgasborg, where $6 armband will get you all the Blue Bell Ice Cream you can eat. There will be plenty of German bands playing polka music.  The night tops off with a performance of the Wesley Westbrook Band., The Senior Coronation begins at 7pm at Fireman’s Park.  Senior King Caleb Rodenbeck and his Queen Caroline Webb will reign over the Court of Celebrations Across Texas. The 124th Maifest concludes Sunday with another day of fun, with bounce houses, and big slides for the children.  Another Meister Von Bier Contest will he held again Sunday afternoon.