Maitland was also a semifinalist in Sunday's Sportman Jr. Dragster race.  Arabella had a streak of 15 rounds won before her loss in the semi final round on Sunday. 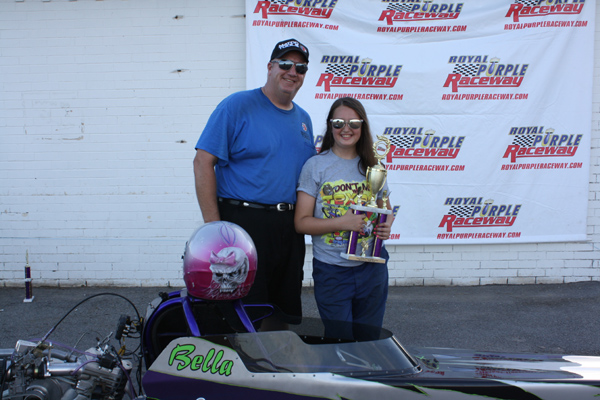 Aabella Maitland and her dad Jeff with the championship trophy.