BISD BOARD RELECTS OFFICERS AMID CALLS FOR RESIGNATIONS

The Brenham School Board quickly re-elected their incumbent officers at Monday night’s meeting at the high school but there was some dissension.

Melvin Ehlert will continue as president, Marshall Harrell remains vice-president and Natalie Lange will be the board secretary for the next year.

The vote was not unanimous however.  Dr. Donald Draehn and Ray Weiss opposed the re-election motion.  It was Weiss that got into a contentious discussion with Board President Melvin Ehlert at the May 5th noon meeting.  Weiss had called Ehlert’s actions ‘toxic’ and said he should be removed from the Board. 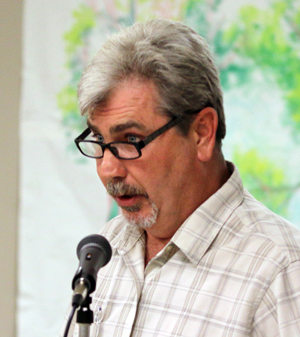 School District activist Jerry Hohman called on Ehlert and Harrell to resign because he said the discussion at that meeting violated the Open Meetings Act.  This was in reference to the district’s hiring practices and the hiring of Dr. Bryan Bryant as the new principal of the Junior High School.  Board Member Ray Weiss said the discussion should be in executive session.

Hohman went on to say there was an agenda to remove Supt. Sam Bell.  Hohman says such actions could result in legal action and the Texas Education Agency could remove Ehlert and Harrell from the Board.

Hohman said that their resignation would spare them ‘embarrassment.’

Also speaking at Monday's was Ed Kruse of Blue Bell Creameries.  He noted he was a 1945 graduate of Brenham High School, and was troubled by some of the recent discussions of the board.  He said the administration and teachers were doing an excellent job and the district was a great district. 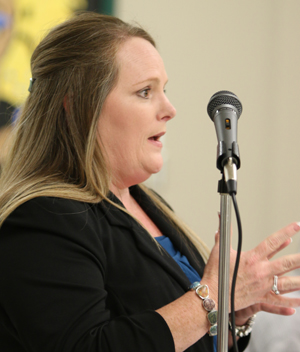 The board also heard from Assistant Supt. Byron McAdams  gave an update on the construction of the new Alton Elementary School and said the sign is now visible from South Market Street. He said the Middle School will be ready as well.

Leslie Broesche, the special education coordinator for the Brenham School district recommended that a rubber ground surface be installed for the Brenham Elementary School pre-school program for children with disabilities.  The board approved the measure.