The Brenham City Council will discuss a possible mandatory mask order for the City of Brenham at its meeting Thursday. 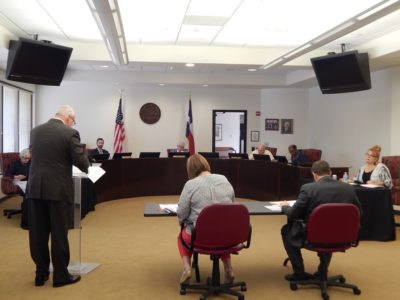 According to the posted agenda, the city has received several emails and phone calls from concerned citizens, who have requested that Mayor Milton Tate put a mandatory mask policy in place.  In light of the requests, Tate wishes to discuss the matter with the full city council before taking any action or issuing an official order.

Also in session, councilmembers will discuss upcoming community events and potentially give direction on whether planning for them should move forward.  Per the executive order issued Friday by Governor Greg Abbott, any gatherings of over 100 people cannot occur unless they are permitted by their local government.

Events to be discussed at Thursday’s meeting include the Hot Nights, Cool Tunes summer concert series set for July 11th, 18th, 25th and August 1st; the Brenham Community Picnic planned for July 19th; Movies in the Park July 16th and 30th; and the Summer Sip and Art Walk scheduled for August 8th.

Councilmembers will also go over a pair of planning items for the July 19th community picnic, concerning the temporary closure of state right-of-way and a noise variance.  The free event, to be held at Henderson Park, will feature free food and drinks, music with a DJ, door prizes, and community fellowship.

Also at Thursday’s meeting, the council will consider:

The council will meet Thursday afternoon at 1 p.m., at Brenham City Hall.