For 144 years, the citizens of Brenham and Washington County have encouraged and enthusiastically supported public education. As the oldest public  school district in Texas, Brenham ISD is once again celebrating the proud history and achievements of the district and some of its most distinguished alumni. The public is invited to join in a special luncheon and recognition event on Friday, September 6, 2019 in the Blinn College Student Center Banquet Room.

The event will begin with a meal at 11:30 a.m. and will feature a noon program honoring four Brenham ISD graduates who have distinguished themselves as leaders and visionaries in their community and beyond. This year the Distinguished Alumni honorees will be Charles (Chuck) Ellison, Atwood Kenjura, Ronald (Ron) Parker, and Kay Lyn Schwartz. 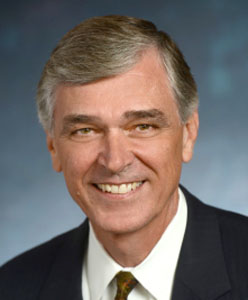 Charles (“Chuck”) Ellison graduated from Brenham High School in 1972, serving as Student Body President from 1971-1972.  While a student at Texas A&M, he was a member of the Corps of Cadets, serving as a Ross Volunteer, Company D-1 Commander and a Distinguished Military Graduate.  He studied finance and graduated in 1976. After receiving his law degree from Texas Tech School of Law in 1979, he spent 4 years in the U.S. Army Judge Advocate General’s Corps. As a captain in the Army, he also received a Distinguished Service Medal in 1980.

In 1999, he founded The Ellison Firm, a transactions law practice that now includes five attorneys.  As a practicing attorney in Bryan/College Station, Chuck has been active in his profession and was named the 2013 “Aggie Lawyer of the Year”.  In 2014 he was selected as a Distinguished Alumnus of Texas A&M University. He is a Life Fellow of the Texas Bar Foundation and has held numerous roles as a board member or advisor to the Independent Bankers Association of Texas and many banks throughout the state.  He has served as a Director for the Bank & Trust of Bryan/College Station since 2010. His community service includes leadership roles with the St. Joseph Regional Health Center and the City of College Station.

Ellison is married to Tedi Ellison and they have two daughters and four grandchildren.  They live in College Station where he is active in his church, A&M Methodist Church. He is the son of Jim and Ellen Ellison of Brenham and since his high school days, Ellison has excelled in leadership in his business, his community, his alma mater and in his relationships supporting those around him. 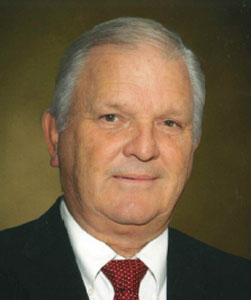 Atwood Kenjura graduated from Brenham High School in 1963, then graduated from Blinn College in 1965.  A true believer in education, he is still an active supporter of Brenham schools. He was accepted into the College of Pharmacy at the University of Houston, where he graduated in 1968 and is currently celebrating 50 years as a registered pharmacist.  He has been the owner and operator of Kenjura Pharmacy for 49 years.

Kenjura has been the recipient of many honors and awards and his achievements include being selected to the Blinn College Alumni Hall of Honor after 43 years of service on the Blinn Board of Trustees, including four separate terms as Chairman of the Board.  He was named “Washington County Man of the Year” in 2011 and “Brazos Valley Pharmacist of the Year, along with being chosen as Brenham Banner Press “Favorite Pharmacist”.

Kenjura’s family includes his wife, Marilyn, and five children and ten grandchildren.  He has deep roots in the community as a 5th generation citizen. He currently serves on the Board for the Brenham Community Development Corporation for the City, which funds economic development and parks and recreation.  He is a past board member for the Washington County Chamber of Commerce, Scott and White Board of Trustees, Brenham Rotary Club, Brenham Country Club, and the Little League and Little Dribblers organizations. His serves as a lector at Sr. Mary’s Catholic Church.  He and his family all live in Brenham. 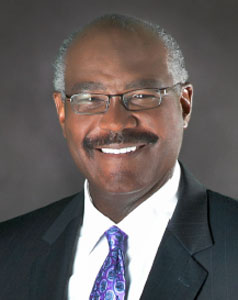 Ronald (“Ron”) Parker graduated from Brenham High School in 1972.  During his senior year, he was Class President and the recipient of the Joe Routt Memorial Award.  He was All Central Texas as a tight end for the Cubs, as well as a 3 year All District basketball player.  He attended Blinn College and was selected by his peers as “Mr. Buccaneer” in 1973 and later chosen for the “Outstanding Alumnus” award in 2006.  He went on to Texas Christian University, earned a Bachelor of Arts degree in Political Science, and was later named an “Outstanding Alumnus” of TCU.   While there, he was an outstanding athlete and drafted by the Chicago Bears. Post graduation, he attended The Harvard Business School Executive Leadership Development Program.

Parker has had a distinguished career as a business executive in the consumer packaged goods industry and has demonstrated himself as a leader in many areas of corporate culture.  As the President and CEO of R&P Parker Holdings, LLC, his professional expertise has also included serving as the former President and CEO of the Executive Leadership Council in Washington, D.C. and 30 years of Human Resources/Labor Relations experience with Pepsico.   He has been the recipient of the Pepsico Global Diversity Award, has been noted as a Top Diversity Leader by Black Enterprise Magazine and was recognized as the “Executive of the Year” by the New York Boys and Girls Club.

Parker’s community involvement includes Board membership on the Dallas United Way organization, the Baylor Scott and White Hospital, and Texas Christian University.   Parker and his wife, Paula, live in Plano, Texas and have three children and two grandchildren. 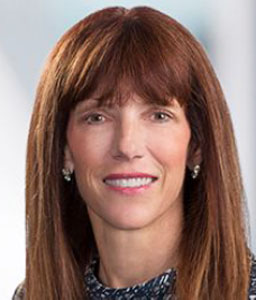 Kay Lyn Schwartz graduated as Salutatorian of her Brenham High School Class of 1980.  As one of the finest female athletes in the history of Brenham schools, she earned 8 letters (4 in basketball and 4 in track) while at BHS.  After high school, she was Ms. Buccaneer and valedictorian of Blinn College, where she earned her Associate’s degree in 1982. Her Bachelor degree in 1984, Master in 1986 and Doctorate in 1989, were all from Texas A&M University.  From there, she went on to attend the University of Houston Law Center to attain her Doctor of Jurisprudence with honors.

Schwartz now practices law in Dallas where she has a nationally recognized intellectual property practice.  She has gained respect as a “Texas Super Lawyer”, and one of the “Best Lawyers in Dallas” as published in Texas Super Lawyer Magazine and D Magazine, respectively.  She is an Equity Partner at Foley & Lardner, LLP, and is a member of the State Bar of Texas, the Dallas Bar Association and a Fellow of the American Bar Foundation and the Dallas Bar Foundation.  Her community service includes serving as former Co-Chair of the Evergreen Gala and the Jingle Bell Run and as a judge for the MLK Oratory Competition.

She is married to Scott Murphy and is the mother of two sons.  They currently live in Dallas and attend Preston Hollow United Methodist Church.   Schwartz is the daughter of the late Walter C. Schwartz, former President of Blinn College, and Annie Bell Schwartz, a former music teacher at Brenham ISD. Her father, Walter, and her siblings Charles Schwartz and Ann Schwartz Bishop, have all been recognized as Brenham Distinguished Alumni in previous years.

The Brenham ISD 144th Anniversary Celebration will introduce and recognize these four 2019 Distinguished Alumni.  There are no tickets for the event, but seating is $25 per person or $225 for a table of nine. Seating will sell out quickly and reservations can be made by calling Jackie Eckert at the Brenham ISD administration office at (979) 277-3700, extension 2102, or by stopping by the BISD administration office at 711 E. Mansfield in Brenham. Checks may be made out to Brenham ISD and mailed to  P.O. Box 1147, Brenham, TX 77834. Deadline to reserve seats is Wednesday, August 28, or whenever all seats are sold.