Brenham Planning and Zoning Commissioners will meet Monday to continue their discussion with city staff on the Commission’s plan of work for the upcoming year. 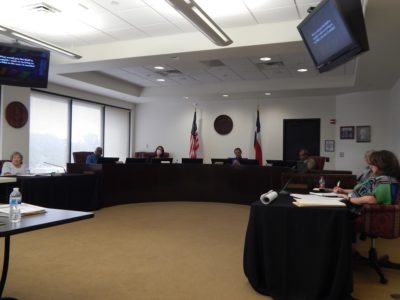 Monday’s meeting will be a continuation of the Commission’s workshop meeting with staff in June, where city personnel asked for direction on what projects the Commission deems important.

Projects discussed at June’s meeting that staff will look for further input on include the adoption of a historic preservation ordinance, a corridor planning study for Market Street, revisions to the city’s subdivision ordinance concerning sidewalks, and other ordinance text amendments.

Commissioners will also hold a public hearing and potentially act upon a request to correct an error to the city’s official zoning map.  The error relates to the zoning distinction for a planned development district on 52.4 acres of land south and west of Dixie Road, which is planned to be developed with new single-family homes by Stylecraft Builders.

The adopted ordinance that assigns zoning for the vacant land contains six sections, which outline development standards for the Lakes of Vintage Farms planned development.  However, one section of the ordinance should not have been included, and staff are seeking to remove the section in question, which pertains to subdivision standards for the proposed Liberty Village subdivision.

The Commission will meet Monday afternoon at 5:15 p.m. at Brenham City Hall.