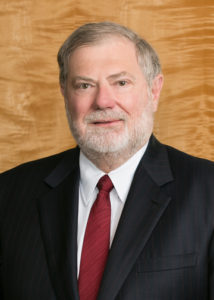 A Brenham native has been elected as chairman of the Texas A&M University System Board of Regents.

Charles W. Schwartz succeeds former Board of Regents Chairman Cliff Thomas of Victoria, who remains on the board.

“The Texas A&M System is engaged in what I believe to be some of the most exciting initiatives in higher education, and it is truly an honor to serve as the Chairman of this board,” Schwartz said.

Schwartz is a 1972 graduate of Brenham High School.

Schwartz’s father, Walter, was the 11th President of Blinn College and the first Chancellor of the college. He also held numerous public offices, serving two terms in the Texas legislature representing District 21 and serving as Mayor of Brenham from 1994 until his death.

Charles Schwartz said one of the most exciting things happening at Texas A&M is its partnership with Blinn College at the RELLIS Campus:

Schwartz graduated from The University of Texas School of Law in 1977 and Harvard Law School with an LL.M. in 1980. He is a Fellow of the American College of Trial Lawyers and is a Life Member of the American Law Institute.

Schwartz is a former Director of the State Bar of Texas from 2000 to 2004 and served as its Chairman from 2002 to 2003. He received the Dan Rugeley Price Memorial Award from the Texas Bar Foundation in 2004.  He served on the Texas Commission for Lawyer Discipline from 2008 to 2014.

Schwartz says one of the most important issues facing Texas A&M is state funding:

Schwartz’s term on the Board of Regents expires February 1, 2019.