FUNERAL SERVICES FOR ODELL LUECKEMEYER TO BE HELD TODAY

Funeral services will be held today for Odell Lueckemeyer, a prominent Brenham businessman and supporter 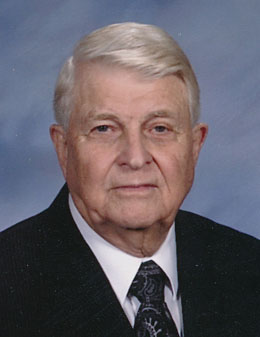 of local civic organizations, who died peacefully on March 20, 2015.

He formed Odell Lueckemeyer Construction Co. in 1956, retiring from that business in 2001.

Lueckemeyer served as a director of the Brenham Maifest Association for more than 30 years, and in 1986 was inducted into the Maifest Hall of Fame.

He was instrumental in constructing and staging the Maifest Coronation backdrop and scenery for more than 50 years.

Lueckemeyer was a Brenham Industrial Board member for 18 years and served as its secretary for several years.

He also served on the board of directors at Brenham National Bank.

Funeral services are scheduled for this morning at 11 a.m. at St. Peter’s Episcopal Church here.

A private graveside service will also be held.