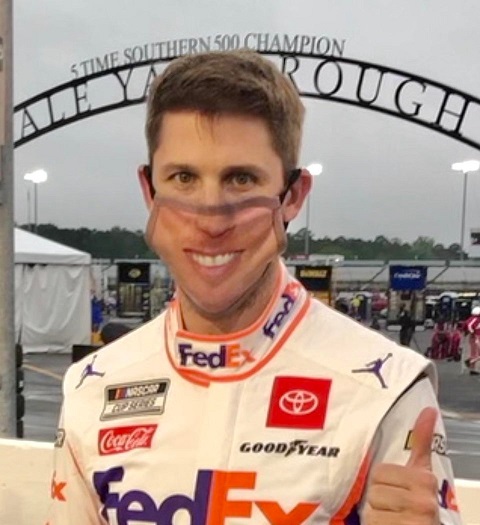 It was the first Wednesday race for NASCAR in nearly 36 years.  The race got off to a late start due to showers in the area and ended with 20 laps left when the rains returned.

Chase Elliott was running just behind Hamlin, when Bush clipped his left rear sending Elliott crashing into the wall then into the infield.  That led to the yellow flag, which marked the end of the race when the rains came just moments later.

An enraged Elliott made obscene gestures to Bush as he drove by under caution.

Hamlin has three career wins on the Darlington track—two this year.

NASCAR will return to action, Sunday night with the annual Coca-Cola 600 at Charlotte Motor Speedway.  The race is slated to begin at 5:00 p.m. CT and will be broadcast on FOX TV.