HEMPSTEAD MAYOR DOES NOT PLAN TO RESIGN AFTER FELONY ARREST

The mayor of Hempstead has said he will not resign, following his felony arrest last week on a charge of Abuse of Official Capacity. 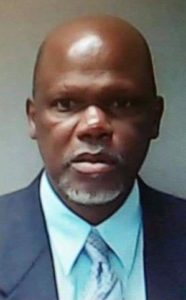 Michael Shayne Wolfe, serving his seventh term as mayor, made the announcement at Monday night’s Hempstead City Council meeting, which was postponed due to an overflow of people at City Hall.  The meeting was rescheduled to next Monday at the city’s recreation center.

Texas Rangers arrested Wolfe Thursday after several months of investigation, which started after an audit of the city’s finances found inconsistencies in delinquent City of Hempstead utility accounts.

According to an affidavit, Wolfe is accused of removing names from a list of delinquent accounts, including the name of his daughter, when they were supposed to have their utilities shut off for not paying.  The affidavit indicated Wolfe’s name was also removed by a utility clerk.  Wolfe and his daughter were said to have owed the city over $20,000.

Wolfe said he has since paid the outstanding bills.  If convicted, he could be sentenced to up to two years in prison.