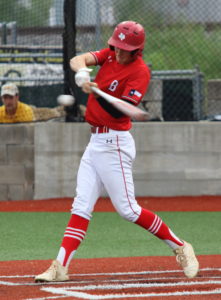 A Burton Panther and Round Top-Carmine Cub have been named baseball All-State.

Aaron Kohring, senior first baseman for the Panthers was named Second-Team 2A All-State by the Texas Sportswriters Association.

He helped the Panthers to a 23-6 record and a berth in the Area Round of the playoffs and has committed to play college baseball for the Blinn Buccaneers.

Pieper helped lead the Cubs to their most successful season in history, advancing to the Region Finals for the first time ever.