A Brenham law firm has been recognized in a new list of top law firms in the United States. 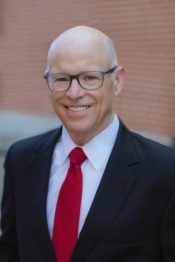 Moorman Tate, LLP, was ranked among the “best law firms” in the 2020 edition of U.S. News and World Report’s Best Lawyers list.  The firm has a Tier 1 metropolitan ranking in the Houston metro region, in the practice areas of elder law, litigation, and trusts and estates law.

Lawyers named in The Best Lawyers in America publication were recognized by others in the legal industry for their professionalism and excellence in nearly 150 practice areas.  In the newest edition of the publication, around 8.3 million votes were analyzed, which resulted in the inclusion of more than 62,000 lawyers, about 5 percent of private practice lawyers in the nation.

R. Hal Moorman and Laura Upchurch, both partners with Moorman Tate, LLP, were each named to the 26th edition of the Best Lawyers in America 2020.