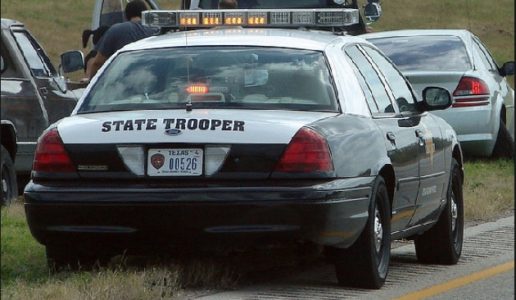 The Texas Department of Public Safety (DPS) is planning another enforcement operation of the state’s Move Over/Slow Down law, which has seen some changes.

DPS troopers will be conducting a Move Over/Slow Down enforcement operation throughout the day tomorrow (Wednesday) in the Bryan District. The Department of Transportation will be participating in a non-enforcement capacity.

Originally passed in 2003, the law requires drivers to either move over or slow down when certain vehicles are stopped on the side of the road with their emergency lights on.

As a result of the 86th Legislative Session, there are new vehicles that drivers will need to be mindful of, in addition to police, fire, EMS, TxDOT, or tow trucks.  Starting this month, drivers will now need to move over or slow down for highway maintenance or construction vehicles under contract with TxDOT, utility service vehicles, and stationary solid waste or recycling vehicles.

The law specifically says drivers need to either vacate the lane closest to the vehicles stopped on the side of the road, or slow down 20 mph below the speed limit. If drivers cannot move over legally and safely, they should slow down.

Violators could be fined up to $200, or up to $500 if there is property damage. If violators cause bodily injury, they could be charged with a Class B misdemeanor, resulting in a maximum fine of $2,000 and possible jail time.