In addition to the lengthy list of candidates in November’s general election, several area cities and counties have propositions that voters will decide upon when they take to the polls on Tuesday. 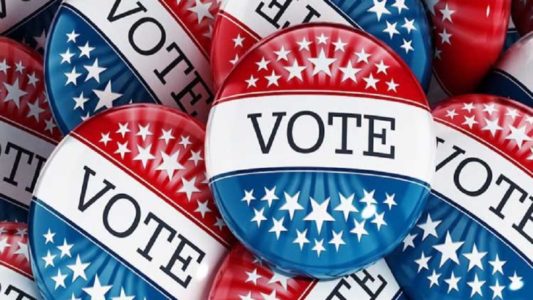 Among the propositions up for consideration include an increase to the tax rate within the Bellville Hospital District, which has the same boundaries as Bellville ISD.  The proposition, if approved, will increase the ad valorem tax rate within the hospital district from 5.21 cents per $100 valuation to 9.99 cents per $100 for the purpose of maintenance and operations of the district.

The Austin County Appraisal District will be sending out property tax notices before the results of the election will be known.  These notices include the proposed rate.  If the proposition passes, there will not be an additional expense, but if it fails, the appraisal district will have to send out new notices and reimburse taxpayers who pay before the new notices are sent out.  The extra expenses would leave the hospital district with a bill of approximately $50,000 from the appraisal district.

Some voters in Austin County will also act upon proposals from Austin County Emergency Services Districts One and Two.  The proposition from District One, which manages fire and EMS services and funding for the San Felipe-Frydek Volunteer Fire Department, would authorize an ad valorem tax rate of 10 cents on each $100 of taxable property value.  Meanwhile, the proposal for District Two, which funds the Sealy Fire Department, would adopt a local sales and use tax in the district at a rate of no more than 1.5 percent.

In Somerville, a pair of propositions seek to authorize the city to issue $1.5 million in general obligation bonds for city projects.  Proposition A would not exceed $400,000, and would be used for water line and sewer system repair and construction.  Proposition B, for no more than $1.1 million, would go toward the improvement, repair, reconstruction, and resurfacing of city streets.

In Fayette County, residents of the community of Ellinger will decide whether to incorporate.  If passed, Matt Mikulenka will serve as mayor, and Joseph Lamer and Kenneth Stojanik will serve as commissioners.  As a city, Ellinger would be able to collect a 1 percent sales tax on purchases within the proposed city limits, increasing its current sales tax rate from 6.75 percent to 7.75 percent.  It would also be able to request funding for various projects through grants, which could assist in supporting its own infrastructure.

The City of Bryan has seven propositions for voters to consider.  The first proposition would allow the city council to set a minimum amount at which the city manager can reject bids without prior council approval.  Proposition Two would raise council terms to four years from three and set a limit of two terms.  Proposition Three would amend the city charter to reflect state legislation from 2019 regarding annexation.  The fourth proposition would allow the city to own and operate fiber broadband internet.  The fifth proposal would require councilmembers to be a resident of Bryan and their single member district for one year before running for office.  Proposition Six would correct a typographical error regarding when city ordinances go into effect.  The seventh proposal would amend the city charter to include the authority of the city to enter into solid waste contracts.

Voters will also consider propositions from Brazos County Emergency Service Districts One and Two.  District One, which contracts with the South Brazos County Fire Department, is asking voters to increase the maximum ad valorem tax rate to 10 cents per $100 in property value, up from the current 3 cents per $100.  District Two, which provides emergency services to the northeast area of Brazos County, proposes a new local sales and use tax at a rate not to exceed 1.5 percent.

In Prairie View, voters are being asked to reauthorize the local sales and use tax at a rate of a quarter of 1 percent to continue providing revenue for maintenance and repair of city streets.

Meanwhile, the Waller-Harris Emergency Services District #200, which covers all of Waller County and a portion of Harris County in the Katy and Cypress areas, is seeking to adopt a local sales and use tax at a rate not to exceed 1 percent.  The additional penny in tax per dollar spent will only be collected outside of city limits within the district.

Today (Friday) is the last day to vote early for the general election.  Election Day is Tuesday.