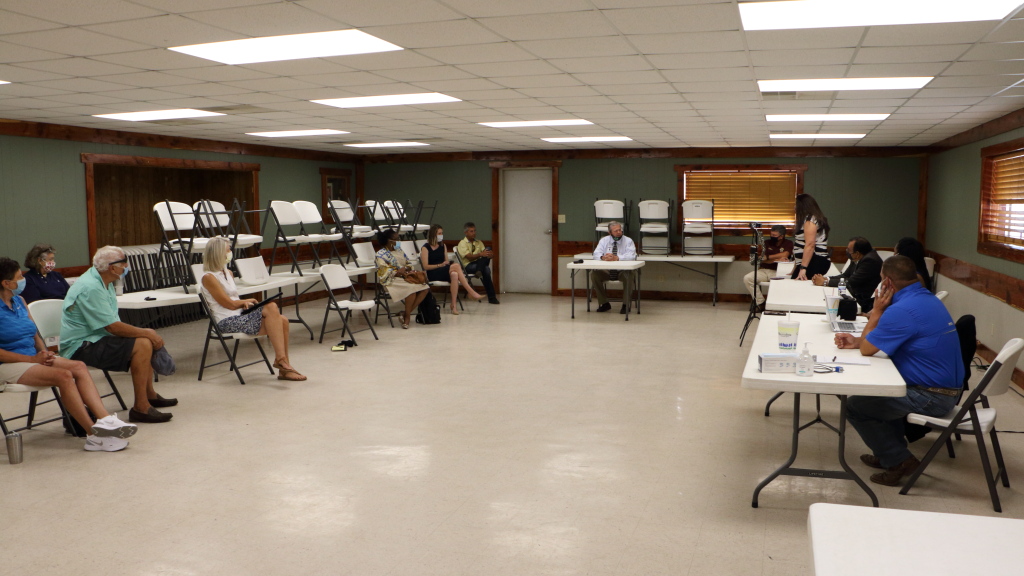 A public hearing to add four additional residents to the Bluebonnet Haven Residential Treatment Center drew mostly positive comments this morning. The hearing, held at the Salem Volunteer Fire Department building, drew a few interested persons this morning when it started at 10:00, but wound down after only 30 minutes of comments and questions and answers. Four people with the Texas Department of Health and Human Services were in attendance, including District Director Willie Salas. The comments are being recorded for submission to the state, and are open to the public until 2:00 PM today (Monday).

Washington County Sheriff Otto Hanak spoke and said he did not see a problem with adding 4 girls to the residential treatment center. He stated that so far this year, only 7 calls have come through dispatch for the facility. He added that the kids need the help provided by the facility, and that the public needs to be kept safe also.

County Judge John Durrenberger and County Commissioner Candice Bullock also spoke and said they were pleasantly surprised to see how well the facility has operated. Bullock said that when the facility opened, everyone expected it to be another Five Oaks:

Bluebonnet Haven owner Randall Bryant answered several questions about the residential treatment center during the public hearing. He said that while he is seeking to increase the capacity of the facility from the current 32 to 36, he ultimately would like for the facility to house 48 girls. He said he has no plans to go beyond that number. He said the facility is not a prison, and that the girls sometime go out in the community, but are always supervised when they do. Bryant invited interested persons to come by and take a tour of the facility and see for themselves how it is operated.