One of the boys’ cottages at Miracle Farm is getting a much-needed facelift, thanks to the Rotary Club of Washington County.

The annual one-time District Grant is matched each year by Rotary District 5890 to equip a local charity to carry out a special project. This year’s grant will help Miracle Farm replace deteriorated windows in one of its boys’ cottages. As a part of the grant award, club members will also perform a service project at Miracle Farm next month.

The Rotary Club of Washington County supports many other charities throughout the year, including donating proceeds from its annual Demolition Derby held in October and its “Head for the Hills” bike race held in March. 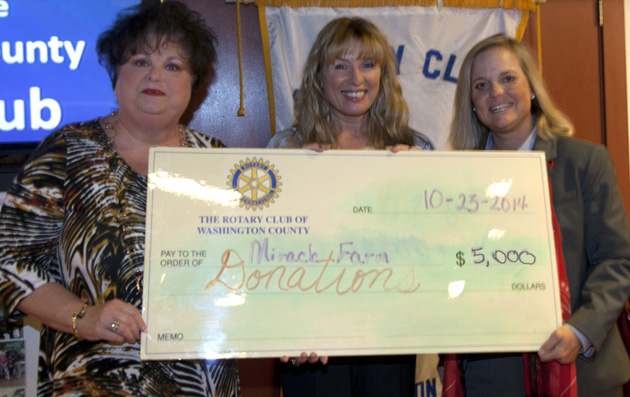