THE KENNEY STORE TO BE FEATURED ON ‘THE TEXAS BUCKET LIST’

A local bar will be featured on the 100th episode of The Texas Bucket List. 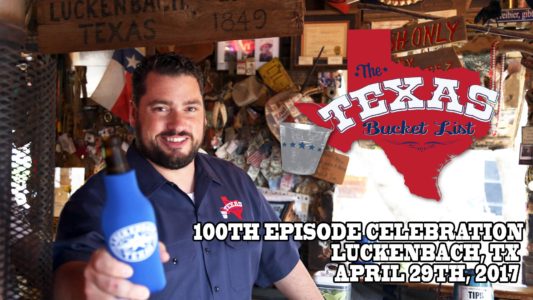 The Kenney Store, just south of Brenham, has been chosen for the “burger of the week” segment of the show.

Best known for its atmosphere and down home cooking, The Kenney Store was bought by Tony and Rita Krueger in February of 2013. Since then they’ve combined music and a full kitchen, making The Kenney Store a true destination spot for people of all ages.

The Texas Bucket List has been in production since 2013 and focuses on everything to see, do, and experience in the Lone Star State. The show has won six Telly Awards and has been nominated for seven Lone Star Emmy Awards.