Two people were arrested Sunday at around 9:45 pm by Officer Kevin Mertz after he witnessed a vehicle turn onto Kevin Lane and then into a driveway before coming to a stop at the edge of the driveway near the Road.

Mertz watched the vehicle for several minutes and no one exited the vehicle. Mertz decided to speak with the driver, forty-seven year old Charlotte Renee Neuman, who appeared to be nervous and said that she lived at the residence.

As Communications was confirming her address, Sgt. Curtiss Schoen arrived and spoke to the male passenger in the vehicle, fifty-three year old Terrell Duane Nickerson, of Brenham. Schoen said a crack pipe had been located in an open cigarette box where the man was sitting.

The driver said there were no illegal drugs in the car, but as part of a probable cause search, officers found a tablet in her jacket pocket.

The driver claimed that the tablet was Abilify, and that she had a prescription for it, but no container was found in the vehicle. 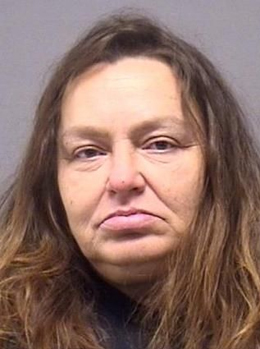