Anyone who is interested in or has purchased tickets to The Texas Tenors Sunday evening at the Barnhill Center in Brenham may need to change their plans. 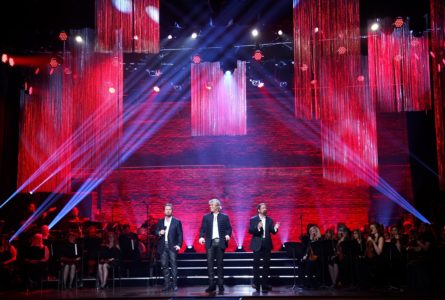 KWHI spoke with The Texas Tenors’ Marcus Collins this (Friday) morning, who said the group was now only performing a 2 p.m. matinee on Sunday, instead of both the 2 p.m. show and a 7 p.m. performance.  Barnhill Center booking agent Sharon Brass confirmed the 2 p.m. and 7 p.m. shows have been consolidated.

Anyone who purchased a 7 p.m. ticket is being contacted to either move their ticket to the 2 p.m. matinee or to refund them.  Those who purchased VIP tickets to meet The Texas Tenors will still be able to do so after the 2 p.m. show.

Collins says the group, who recently released its second children’s book titled “Moon’s on Fire!”, is excited to come back to Brenham after performing in 2016 at Blinn College.  He says fans can still expect a great show covering multiple genres.

For more information, or to purchase tickets, visit http://thebarnhillcenter.com, or go to the Visitor Center at 115 West Main Street in Brenham.