A bond election will officially be on the November ballot for voters living within Burton ISD. 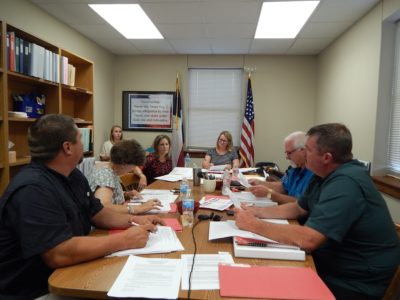 The Burton School Board at its meeting Monday formally called a bond election for this fall.  The proposed $43.8 million bond encompasses academic and athletic projects such as adding and renovating classrooms, fine arts facility improvements, cafeteria and kitchen upgrades, an enclosed connection for district buildings, a new competition gym and stadium, and various site and drainage improvements.

Superintendent Dr. Edna Kennedy said it has not yet been determined whether the bond will be kept as one proposition or split into multiple propositions.

If the bond is passed, Dr. Kennedy said the average tax increase will be $36 per month for the average taxpayer in the district with a home value of $200,065.  The debt service (I&S) tax rate will increase approximately 25 cents per $100 valuation.

The decision to call a bond election came after the board performed a comprehensive facility assessment to research the age and condition of district facilities, while also analyzing growth patterns over the next five years.

During the public comment section of the meeting, three residents spoke on the bond, two in favor and one in opposition.  The two who approved the bond spoke on the need for the community to work together in order to improve the educational experience for local students, while the resident who was against the bond said the COVID-19 pandemic and rising costs make life difficult enough for taxpayers without the added payments from a bond.

The last bond passed by Burton ISD was in 2008, which funded the building of a new elementary school and gym, bus barn and the Ag Building.  An $18 million bond proposal, which included many of the facility improvements that are part of the current proposal, was rejected by voters in 2016.

Residents are encouraged to check email, mail, signs, social media and the district website for information about the bond measure.

Dr. Kennedy, presenting Athletic Director Jason Hodde's monthly report, said the Burton football team is currently participating in a fundraiser called "Snap Raise," where players reach out to families and friends to ask for donations to the football program.  So far, players have raised $8,000.  The fundraiser will continue for two more weeks.