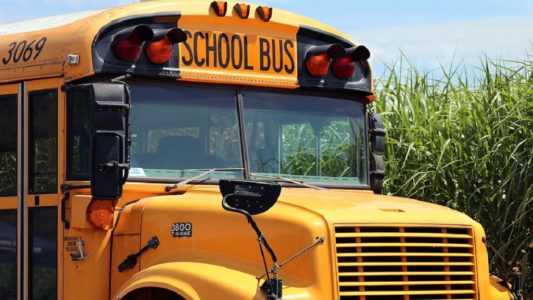 Some Brenham ISD parents are concerned about the safety of their children aboard school buses, while the district struggles to find people to drive them.

Overcrowding and longer run times for some buses has parents worried and debating whether their children should be using school transportation.  One parent, Cassi Harrison, has pulled her three children off after she says her daughter had to sit on the floor of her elementary school bus, which had students from two bus routes.

Harrison says the safety of the children needs to be addressed.

Deshawn Mitchell, safety supervisor for Durham School Services, the bus operator for Brenham ISD, says what happened with Harrison’s daughter last week should never have occurred, and that the driver and bus monitor have each been reprimanded.  Mitchell says this incident is the first involving this particular driver and monitor, so they have each received a written warning, but future disciplinary action includes the possibility of termination.

According to Mitchell, Durham currently has 38 routes covering Brenham ISD, and about five of them are “doubled up” with students.  She says how many students are on board at one time depends on the size of the bus, but buses carrying a second route can get close to the largest bus’s capacity of 84 students.

Mitchell says many of the concerns can be boiled down to a shortage of bus drivers and monitors affecting schools around the nation, with a smaller pool of applicants which is already narrowed due to the need for background checks and Commercial Driver’s Licenses (CDL's).  She says the search for new drivers is not getting any easier, either.

Brenham ISD acknowledged the shortage in a statement on Friday, and is one of numerous school districts scrambling to find personnel to run the buses.  Hutto ISD announced Sunday it would be cancelling all regular bus routes until further notice due to COVID-19, further exacerbating the issue of a limited number of drivers.

Durham General Manager Omiyon Toran says several Brenham ISD teachers and coaches with CDL's are assisting in running routes when they can, and even he and Mitchell are driving routes.  He says Durham is working through the problem the best it can, and maintains the top priority is transporting students to and from school safely and on time.

Harrison is glad Brenham ISD and Durham are aware of the issue, but says steps need to be taken to ensure no other parents have the problems she has experienced.

In the meantime, as Durham continues to search for bus drivers and monitors, Brenham ISD is asking parents to consider driving their children themselves or setting up a car pool if they are able to do so.