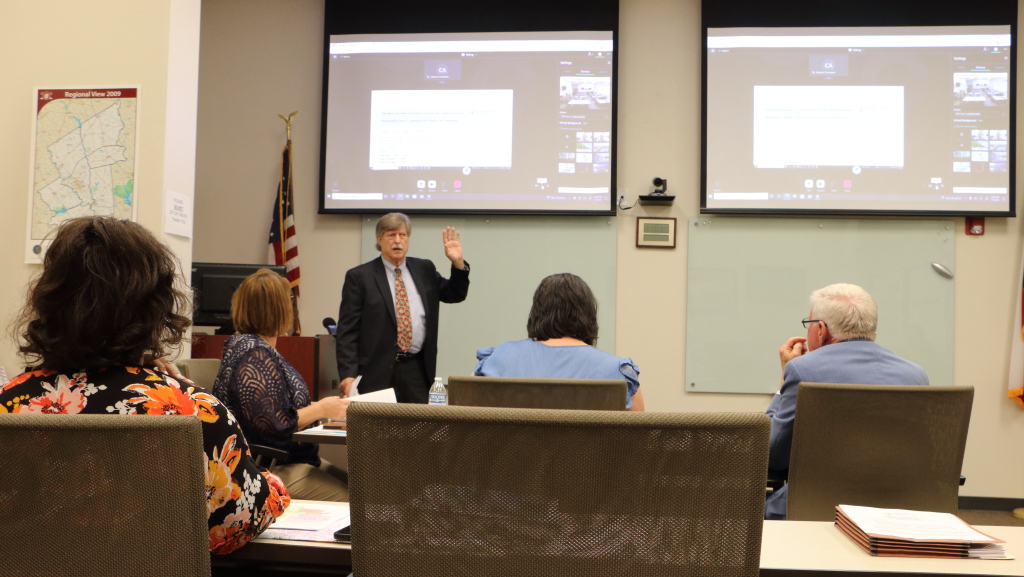 The Brenham City Council convened for a special meeting this (Thursday) morning to consider several Redistricting Plans.  Syd Falk with the Bickerstaff Heath Delgado Acosta law firm presented two different proposals of redistricting to the council.  The city is realigning its council wards to rectify under population in Ward 2, represented by Albert Wright, and overpopulation in Ward 3, covered by Atwood Kenjura.  Currently, Ward 2 has 392 residents below the desired population, while Ward 3 is over the mark by 366 people.  Carol Jackson, Elections Administrator for the County objected to the second proposed plan because it would move the American Legion Hall into Ward 2, and it is a polling location.  Syd Falk then modified the redistricting maps to put the American Legion Hall back, and give Ward 2 a portion near downtown.  This became option C, which the city council approved for Public consideration.  The time and date of the Public Hearing on the Redistricting Plan will either be May 19th or June 2nd, subject to the availability of legal council on those dates.