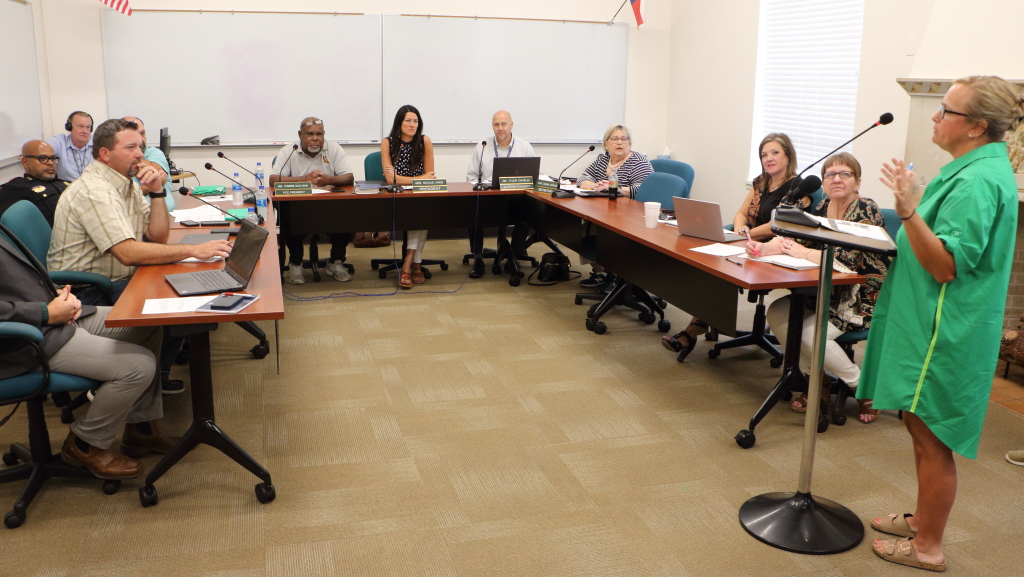 The Brenham School Board heard a report from the bond committee at their meeting at noon Tuesday.  Missy Robinson told the board that community polling done by the committee revealed that the public wants a multi proposition bond this time, the overall price must be lower, they were in favor of grades 6, 7, and 8 going to the new Junior High School, and to save money, but do not cut corners.  She said the committee is recommending that the bond be split in two parts, with Proposition A being for a new Junior High School for $111 million and Proposition B for a new CTE building and current CTE remodel for $25 million.  She reveals how the price of the Proposition A was reduced from $118 to $111 million:

Superintendent Dr. Tylor Chaplin reiterated that the building may lose some of the grand entrances, but overall it is a very functional campus.  Robinson also said that the bond committee decided to leave off the safety and security items and the title 9 concerns because the school board is already taking action on those projects.  The recommendation will now be an action item at the next board meeting on Monday, August 15th.  The board will then decide if to call a bond election for November.

In other action, the board approved a proposal for a laptop refresh at Brenham Middle School.