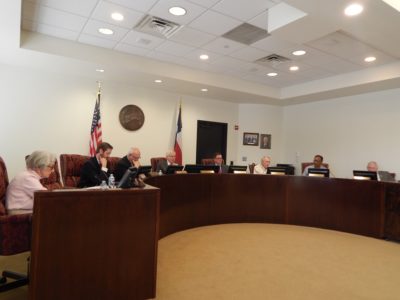 The Brenham City Council will revisit the contentious metal housing agenda item at its meeting Thursday.

The council tabled talks on the ordinance amendment at its meeting on March 21st, with several councilmembers rejecting or condemning it outright.

The amendment calls for prohibiting metal exteriors for homes in select zoning districts, including the R-1 (Residential), R-2 (Mixed Residential), R-3 (Manufactured Home Residential), and B-1 (Local Business/Residential Mixed Use) districts. The metal façade limitations do not apply to accessory structures.

Assistant Development Services Director Stephanie Doland said, since the council’s discussion at its last meeting, city staff have met in subcommittee meeting and discussed the use of a metal façade in residential districts.

Brenham’s Planning and Zoning Commission previously recommended allowing certain percentages of metal in exteriors. During the subcommittee meeting, that proposal was deemed, according to Doland, “insufficient to correcting incompatible development” in current residential areas.

The housing chapter in Brenham’s Comprehensive Plan recommends the city “establish guidelines to protect established neighborhoods”. Therefore, staff are recommending approval of the amendment to prohibit, not limit, the use of a metal façade on residential buildings.

Also in session, the council will review the revised flood damage prevention ordinance. The council discussed changes to the ordinance at a workshop during its April 4th meeting.  These revisions, according to City Engineer Lori Sanguedolce, help “strengthen and promote the public health, safety, and general welfare to reflect higher standards” based on recent flooding events.

The council will meet Thursday afternoon at 1 p.m., at City Hall.