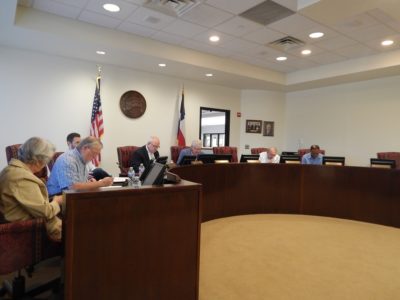 Brenham City Councilmembers held a special meeting this (Tuesday) morning, where they made no secret of their disappointment in voter turnout for May’s city election.

City Secretary Jeana Bellinger said the official canvass shows there were 1,841 ballots cast in the election, roughly 19 percent of the 9,600 or so registered voters in the city.  She said this year’s election had better turnout than what has been seen in the past three elections, adding the city typically has 600 to 800 voters in a city election.

The council will meet again Thursday afternoon at 1 p.m. at City Hall, to issue certificates of election and administer oaths of office to the newly elected and re-elected officials.