The Brenham Police Department and the Washington County Sheriff's Office have announced they will not cite, detain or arrest anyone violating the Governor’s executive order to wear a face mask in public.

In a joint press release the two said, “officers and deputies are not medically qualified to dispute such claims as experience breathing difficulties, claustrophobia, etc. while wearing masks, and will first attempt to de-escalate any quarrelsome situations, inform, and educate members of the public of the Governor’s Executive Order.”

The two went on to say they are requiring their officers and deputies to wear facial coverings when dealing with the public.  They will also continue to educate the public on coverings and will enforce trespassing laws to remove violators at the request of business and property owners.

Below is the complete press release, in its entirety: 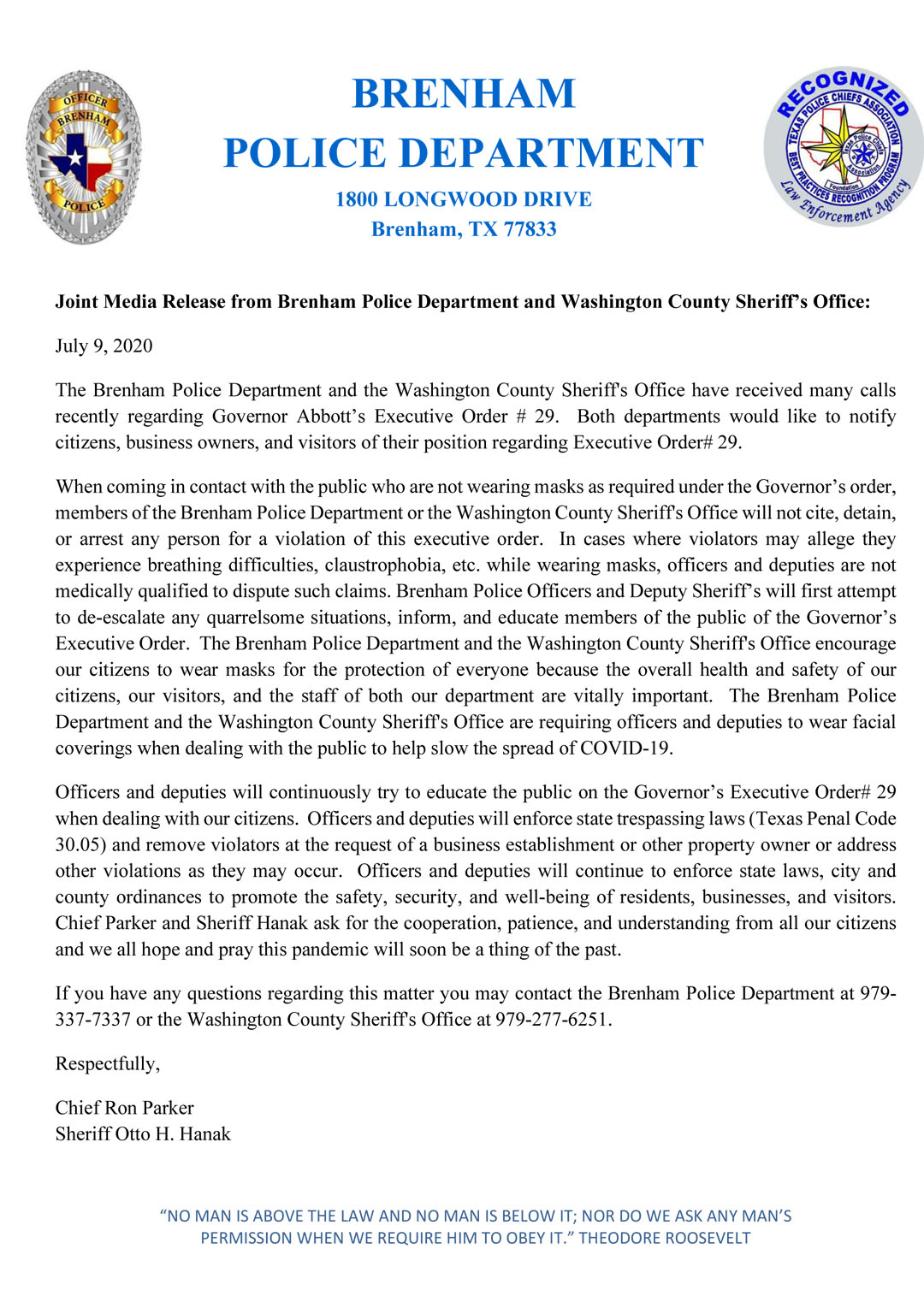