A Brenham woman arrested last month on Child Prostitution charges has been indicted and is in federal custody. 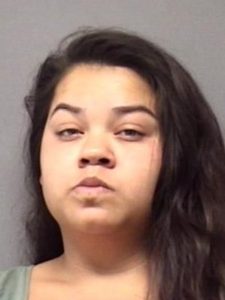 According to the U.S. Attorney’s Office, 22-year-old Samantha Sanders was federally indicted June 18th on three counts of sex trafficking of a minor.

Sanders is charged with recruiting, harboring and soliciting three victims under the age of 18 for commercial sex acts.  Sanders is accused of benefitting financially from her involvement in the trafficking.

Sanders was set to make her initial appearance before a U.S. judge Thursday.  If convicted, she faces a minimum of ten years and up to life in prison.

The FBI conducted the investigation with assistance from the Houston Police Department as part of the Human Trafficking Rescue Alliance.