The typically unexciting subject of garbage has become quite the hot topic for Brenham residents over the past few months, following the city’s decision to outsource sanitation operations to Brannon Industrial Group (BIG). 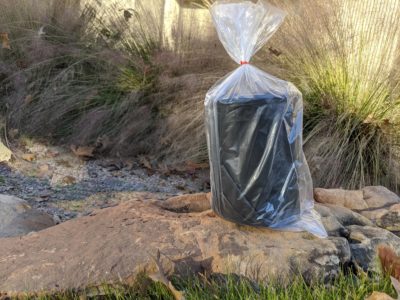 As contract negotiations continue between the city and BIG, many residents have raised questions and concerns about the agreement. Monday, the city issued a press release addressing many frequently asked questions.

In the release, city officials said the safety and risk of trash collections increase each year, and the lack of personnel willing to ride on the back of garbage trucks and pick up trash is a significant challenge. Officials say the city is often forced to borrow staff from other departments to meet the needs of twice-per-week pickup service, which then leads to deficits in other departments.

Update @ 5 p.m.: According to City Manager James Fisher, the city uses a temporary placement agency to fill these part-time positions.  Fisher said the benefit of using this method is that the placement agency assumes the risks associated with these hires.  The wages for those personnel placements range from $11 to $16 per hour.

Fisher said the city used two trash trucks to run trash routes, and on any given residential route, two workers were typically riding on the back of those trucks to pick up trash bags.  Fisher said many of those workers were part-time, and added that keeping workers was one of the challenges the city faced and one of the factors in whether to keep operations in-house or to outsource them.

For BIG's operation, Fisher said two to three full-time trucks will be running trash routes.  The trucks will be automated, so while there will be drivers, he does not expect workers will be on the back of the trucks.  However, those trucks may have a helper in the cabin to help get trash carts back where they need to be at a residence, or move them closer to the truck for pickup.

Public Works Director Dane Rau said this proposed change in services “was not decided overnight or without researching and evaluating all options”. He stated much time was put into figuring out how to change services while minimally affecting residents financially.

Blake Brannon of Brannon Industrial Group and BVR Waste and Recycling said BIG is a local business that is “ready and willing to partner with the city and its residents to reach a common goal”. He said the group intends to help the city refine what he says is “an already excellent service” in a way that residents “don’t see costly increases down the road”.

Officials said in the release that the standard 96-gallon carts being offered hold approximately six or seven 13-gallon trash bags. Twice-per-week trash pickup was considered, but staff said findings “did not provide reasonable rates for residents”.

Eligible recyclables for curbside recycling include, among other items: aluminum, tin, and steel cans; plastic bottles and containers, flattened cardboard, shredded paper, and glass.  At last week’s Brenham City Council workshop, Rau said glass would not be accepted for curbside recycling, as when the glass is compacted, it damages the rubber gaskets in the recycling trucks and affects other recyclable materials.  Update @ 5 p.m.: Fisher said, as negotiations stand currently with BIG, city staff are hearing that the carts will be able to accept glass as recyclables.  He reiterated, however, that "everything is on the table" until the council votes on the contracts.

The city will provide each resident two 96-gallon carts, one for sanitation and one for recyclables. The city will no longer provide trash bags, which have been a part of the current sanitation fee.  Residents will be able to purchase whatever size bag they prefer and place them in a secured container until weekly collection.  Residents can purchase city trash bags, available at Brenham City Hall-Utility Billing, for $12 per roll while supplies last.

The council will consider the commercial portion of the contract with BIG at its meeting Thursday.

The full release from the city can be seen below (Courtesy Melinda Gordon, City of Brenham Communications).

City of Brenham’s Proposed Change in Sanitation and Recycling Operations

Brenham’s continued growth has led to significant changes in the needs of the City’s sanitation, recycling, collection, and disposal operations and; therefore, evaluation was needed of the current structure. Over the last 3 years, Frontier Waste has serviced the City of Brenham and commercial customers with dumpsters and 96-gallon cart services. City staff has serviced residential bag pickup for 50+ years.

The reasons for the initial evaluation include the following:

The evaluation covered both internal and external (outsourcing) options for sanitation operations. During the extensive research and evaluation of the residential cart option, it made sense to offer the curbside recycling option too. This would provide greater convenience to residents as well as increase the recycling tonnages for the City. As research progressed, and with two operations potentially outsourced, the Transfer/Collection Station was added as another outsourced option.

In October 2019, the City solicited a Request for Proposals (RFP) to potentially outsource Sanitation Operations (Commercial, Residential, Recycle Center, and Transfer/Collection Station). Four companies submitted proposals. After evaluating all proposals and taking into consideration all sanitation operations, it was evident the Brannon Industrial Group/BVR Waste and Recycling provided the “best value” to the City of Brenham. And at the December 9, 2019 regular session, City Council authorized city staff to begin formal contract negotiations with Brannon Industrial Group/BVR Waste and Recycling. As with any major change, whether it be within city government or a corporate business, adjustments and tweaks are required along the way. City Council and city management are aware of this and prepared to make modifications, accordingly, that are in the best interest of Brenham and its residents.

Dane Rau, Director of Public Works states, “This proposed change in services was not decided overnight or without researching and evaluating all options. It was also well thought-out how changing services would affect residents with the least financial impact.”

At present, the Brenham City Council is considering a 5-year contract with the Brannon Industrial Group/BVR Waste and Recycling to provide services for residential, commercial, recycling, and disposal operations for Brenham. Commercial services are proposed to transition from Frontier Waste in March 2020 to Brannon Industrial Group/BVR Waste and Recycling and residential services and recycling are proposed for May 2020. Rates are not yet finalized.

Blake Brannon from the Brannon Industrial Group/BVR Waste and Recycling says, “We are a local business ready and willing to partner with the City and its residents to reach a common goal. We acknowledge and respect what the City has worked so hard to build. We intend to help the City refine an already excellent service in a way to ensure residents don’t see costly increases down the road.”

The following information provides a quick glimpse into some of the most common concerns and questions:

With carts being 96-gallons, this allows for 6-7 of the 13-gallon trash bags. Residents will also have a 96-gallon cart for recyclables. In the evaluation and proposals, twice per week service was an option but the findings did not provide reasonable rates for residents. Research also concluded that when curbside cart recycling is added to the sanitation service, once per week residential trash collection, utilizing 96-gallon carts, is the most efficient and cost- effective service for residents.

Yes. City residents will no longer have to transport and sort recyclables. They will now be able to place recyclables in their personal curbside cart.

County residents will be able to use the Collection Station at 2009 Old Chappell Hill Rd. for their recycling needs. An annual fee is proposed for this type of service but not yet finalized.

No. All employees from the Sanitation Department/Recycle Center, who chose to interview with BVR Waste and Recycling, will be offered a new position (and may accept or decline at their choosing). City employees and their extensive experience and knowledge in sanitation operations in Brenham are recognized and appreciated by Brannon Industrial Group/BVR Waste and Recycling. Those who chose not to interview will be able to apply for open positions within other City departments.

The City will provide each resident two 96-gallon carts, one for sanitation and one for recyclables; therefore, the City will no longer provide trash bags which have been a part of the current sanitation fee. Residents can now purchase whatever size bag they prefer and place them in a secured container until the weekly collection. Storing garbage in the personal container will help reduce smell, windblown litter, animals, and bugs.

Residents may purchase the City trash bags, available at City Hall-Utility Billing for $12.00 per roll, while supplies last.

The carts are light weight, even when filled with trash; however, if residents are unable to roll either the 96 gallon- or 65 gallon- cart to the curb, eligible citizens will be offered specialty services when: no caregiver or attendant, no capable person in the household, etc. is available.

There will be more collection days with Brannon Industrial Group/BVR Waste and Recycling as they have only three holidays when collection does not occur: Thanksgiving Day, Christmas Day, and New Year’s Day. If your pickup falls on a holiday, then it will be picked up the following day.

Pickup days and zoning are not yet finalized.

Residents are encouraged to contact the City of Brenham (979-337-7200) with any questions or concerns.