COMMISSIONERS APPROVE HOT BOARD REQUEST FOR $25,000 FOR NEXT YEAR

The Commissioners voted unanimously to dedicate an extra $25,000 in Hotel Occupancy Taxes, or HOT taxes to the City of Brenham next year for expenses such as tourism and advertising.

The taxes are collected from hotels, and have requirements in how they can be put to use.

Brenham HOT board member Keith Hankins stood before the County to explain a few of the requirements, including that the tax money must be used to “put heads in beds” and “has to advertise” for the City. 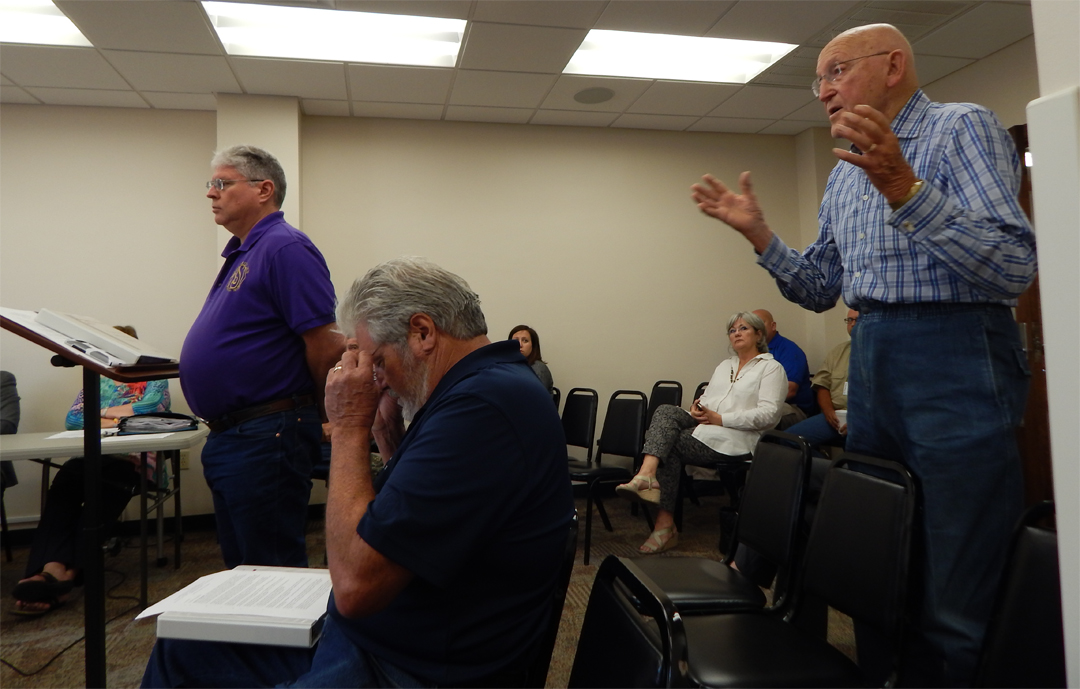 County Commissioners hear from resident Bill Neinast (left) over his concerns regarding the HOT board request after Keith Hankins (left) presents the proposal along with fellow board member, Bob Cottle (center).

Local resident Bill Neinast took some issue with the wording of the agenda item, stating that he had once been on the board himself, and that he felt the way the item structured the fund transfer was “illegal.”

Neinast stated that the request had to come from the City, not the HOT board, and that the board has no account for the funds to go in to.

Brieden conceded that the HOT board has no fund itself, however since the County got involved in the HOT board, he suggested that the order of process had been altered and that there was now a new procedure, outlined in documents established when the County joined in.

Brieden continued that the HOT board has to begin the request by asking for a change in the budget, which the County would vote on, and that from there, they would decide whether or not to send the additional HOT funds to the City’s HOT account.

While Neinast seemed uncertain, he accepted things may have changed since he was on the board.

Commissioner for Precinct 3 Kirk Hanath made the motion, and after a second was added, the motion was moved unanimously.