The COVID-19 pandemic has forced businesses and organizations in nearly every industry to make changes to how they operate, and that extends to animal care and Brenham Animal Services. 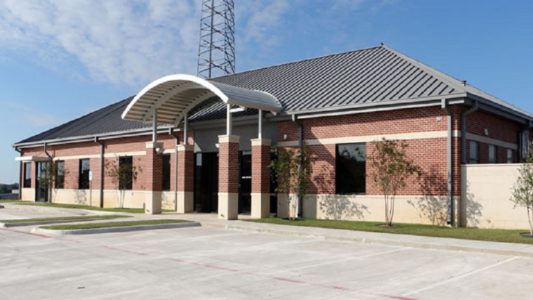 As a result of the pandemic, the Brenham Pet Adoption Center has put a stronger emphasis on keeping animals out of the shelter by focusing on animals in need that are in emergent situations, while encouraging the practice of fostering pets to keep animals in a home setting.

Animal Services Manager Allison Harper said there have been some misconceptions about what is going on at the animal shelter, but it is still taking in animals.  She said like other businesses, the animal shelter has had to pivot to different operations, and through programs like the American Pets Alive (AmPA) Animal Welfare Social Services Coalition pilot program, 911 Foster Pet, and recently announced Home-to-Home program, the shelter is working to keep its population down whenever possible.

Harper said the shelter is currently sitting at roughly 35 animals, but not all are available to adopt at the moment, as some are in holding patterns for different reasons varying from injury to quarantine.  According to Harper, the shelter had about 70 animals in mid-March when COVID-19 first struck locally, with the population dropping down to as low as eight animals at one point, after a surge of people coming in to foster pets.  Harper noted that the shelter has only had one adopted animal be returned since mid-March.

According to Harper, the shelter was at its busiest when COVID-19 first started shutting down businesses and activities, and has remained steady since.  However, the current method of directing prospective adopters online to select the animal they want, followed by setting up an appointment to meet the pet, has helped keep traffic down within the shelter.  She said this process not only seems to help new pet owners get a better idea of what they want, but keeps the atmosphere inside the shelter calm.

Harper said with the recent increase in COVID-19 cases, the shelter is taking another look at and possibly expanding the alternatives and backup plans it had put into place for if an employee were to test positive.  She said COVID-19 has brought about change at the Brenham Pet Adoption Center, and potentially the existing animal shelter system as a whole.

Harper said anyone with questions or issues can call Brenham Animal Services at 979-337-7351.