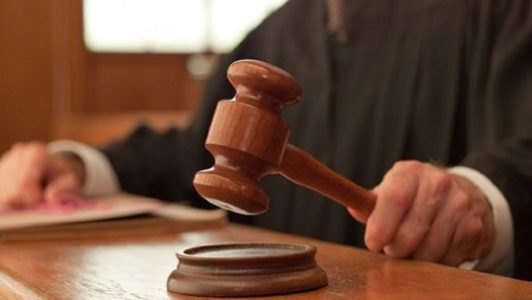 29-year-old Joshua Bryan of Brenham also received a four-year prison sentence for Tampering with Physical Evidence, a third-degree felony.  Bryan was also convicted of Possession of a Controlled Substance, a state jail felony, and was given time served on that charge.

60-year-old Johnny Michael Mathis of Montgomery had his probation revoked and was sentenced to three years in prison for Driving While Intoxicated 3rd or More Offense, a third-degree felony.  Mathis was also ordered to pay a $1,500 fine.

39-year-old Raquel Almendarez Carter of Houston had her probation adjudicated and was sentenced to nine months in jail for Unauthorized Use of a Motor Vehicle and eight months in jail for Possession of a Controlled Substance, both state jail felonies.

21-year-old Olive Kaday Sheriff of Houston was sentenced to eight years deferred adjudication for Aggravated Assault with a Deadly Weapon, a second-degree felony.  Sheriff was also ordered to pay a $1,500 fine, perform 250 hours of community service, have no contact with the victim or the victim’s family, take anger management classes, and undergo drug and alcohol evaluation and treatment.

24-year-old Shacarrie Latrice Dixon of Brenham was sentenced to eight years deferred adjudication probation for Burglary of a Habitation, a second-degree felony.  Dixon was also order to pay $1,574 in restitution, perform 200 hours of community service, maintain no contact with the victim, and undergo drug and alcohol evaluation and treatment.

45-year-old Christy Franks McSwain of Hempstead was sentenced to two years deferred adjudication probation for Possession of a Controlled Substance, a state jail felony.  McSwain was also ordered to pay a $500 fine, perform 200 hours of community service, undergo drug and alcohol evaluation and treatment, and participate in a drug offender education program.

After a hearing for 40-year-old Lynette Faye Gardner of Ledbetter, charged with state-jail-felony Possession of a Controlled Substance, her probation was adjudicated and she was sentenced by the court to the minimum punishment of six months in jail.

There was also a hearing for 36-year-old Brittney Eugina Whitley of Austin, charged for Prohibited Substance in a Correctional Facility and Tampering with Physical Evidence, both state jail felonies.  After the hearing, the court found violations of probation to be true, but did not revoke her probation, instead sanctioning her for 30 days in the Washington County Jail beginning October 15th.