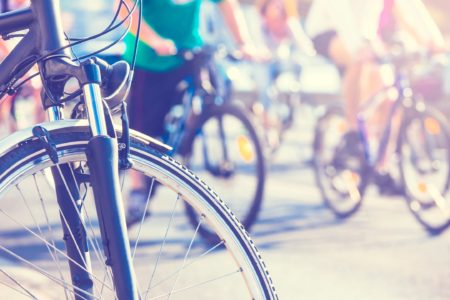 The two-day fundraising bike ride, organized by the National MS Society, South Central Chapter, is expected to raise over $16 million for multiple sclerosis.

Brenham resident Mike Brinkmeyer, who has been involved with the MS150 bike ride for 12 years, says the ride brings together a diverse group of people.

Brinkmeyer reached his goal of raising $100,000 on behalf of BP MS150 in July 2016 and was inducted into the National MS Society’s Fundraising Hall of Fame in November. He was initially inspired to raise money for his daughter, Candice, who was diagnosed with MS in December of 2003.

"The really neat thing about it is that she is now on a medication that was directly funded by this BP MS 150 Ride."

The ride will kick off Saturday morning in Houston and follow routes into Bellville, along FM 529. The route will then continue on FM 159 East into La Grange, stopping overnight at the Fayette County Fairgrounds. here are two route options out of the fairgrounds, taking riders into Austin for festivities at the finish line.

People can still donate to the event by visiting nationalmssociety.org.

"Even if you don't give, think of us" said Brinkmeyer. "Pray for us- for the doctors, the people riding, the fundraisers, the volunteers, and especially the people with MS- so they can stay as well as possible until the day the cure comes."