Families looking to cool off at the new splashpad at Henderson Park in Brenham will have to wait a little bit longer. 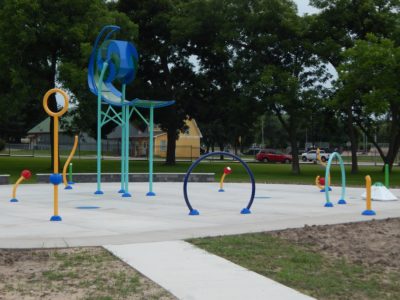 Public Works Director Dane Rau said the city is working on some final touches for the splashpad project, which is contracted to Vortex Aquatic Structures.

One of the remaining tasks for the project is finishing the floor coating, which, according to Rau, is Vortex’s responsibility.  Another requirement is to complete sodding at the site, which he said should occur within the next week.  Rau said the city is also working on installing shade covers over the seating wall.

Rau said he is hopeful that the splashpad’s construction can be completed by the end of the month, although the opening of the splashpad might be a bit tricky. 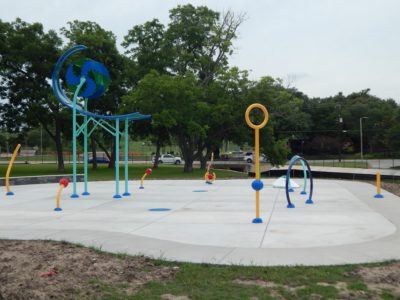 Rau said Governor Greg Abbott’s orders have not been the clearest on water parks and splashpads, particularly when it comes to interactive features, which the one currently being constructed does have.  He said he does consider a splashpad to be its own entity, separate from a water park.

Rau said the construction process should allow the city time to figure out how to safely open the splashpad and what safety protocols to implement.

The city is using $300,000 in earmarked funds from the Brenham Community Development Corporation (BCDC) for the splashpad, in addition to $50,000 from the H-E-B Tournament of Champions Charitable Trust.

The project will continue over several years as other amenities are added in.