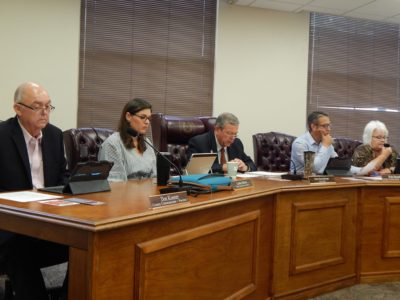 Washington County’s 2019-20 budget has been approved, following no comment from the public.

The budget projects a surplus of just under $175,000, with revenues estimated at $31.1 million and expenses at $30.9 million. It is expected to raise $2 million more in property tax revenue compared to last year’s budget—an 11.9 percent increase—because of higher property values.  Of that amount, $1.3 million is revenue to be raised from minerals added to the tax roll, and $328,000 is revenue from new property.

Commissioners also approved the transfer of assets to Burleson County, who began operating its own district attorney’s office on September 1st.  County Judge John Durrenberger said this will allow Burleson County to keep the used equipment that was in the office.  He said Washington County District Attorney Julie Renken felt it was fair for the county to be able to keep the equipment, as it had been paying 40 percent of the expenses of the district attorney’s office before the split with Washington County.