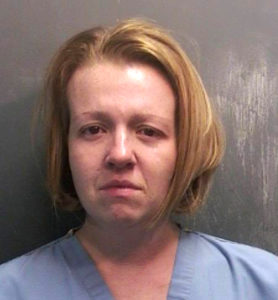 A state board has elaborated on its decision to deny parole for a Brenham woman convicted in the death of her four-year-old daughter.

Abigail Young is serving a 20-year sentence for her role in the death of Emma Thompson, who according to medical examiners was beaten and sexually assaulted.  Young’s boyfriend, Lucas Coe, is serving a life sentence.

On Friday, Young was denied parole by the Texas Board of Pardons and Paroles, which will require her to serve another year of her sentence for Injury to a Child by Omission.

Online records show the board’s decision was based on the nature of the offense, as well as her time served.  According to the Texas Department of Criminal Justice’s online offender search, Young was denied parole because the instant offense had “elements of brutality, violence, assaultive behavior, or conscious selection of victim’s vulnerability indicating a conscious disregard for the lives, safety, or property of others, such that the offender poses a continuing threat to public safety”.

The board also indicated Young’s accrued good conduct time is “not an accurate reflection of the offender’s potential for rehabilitation”, and that her release would “endanger the public”.

Young will be up for parole again next summer.