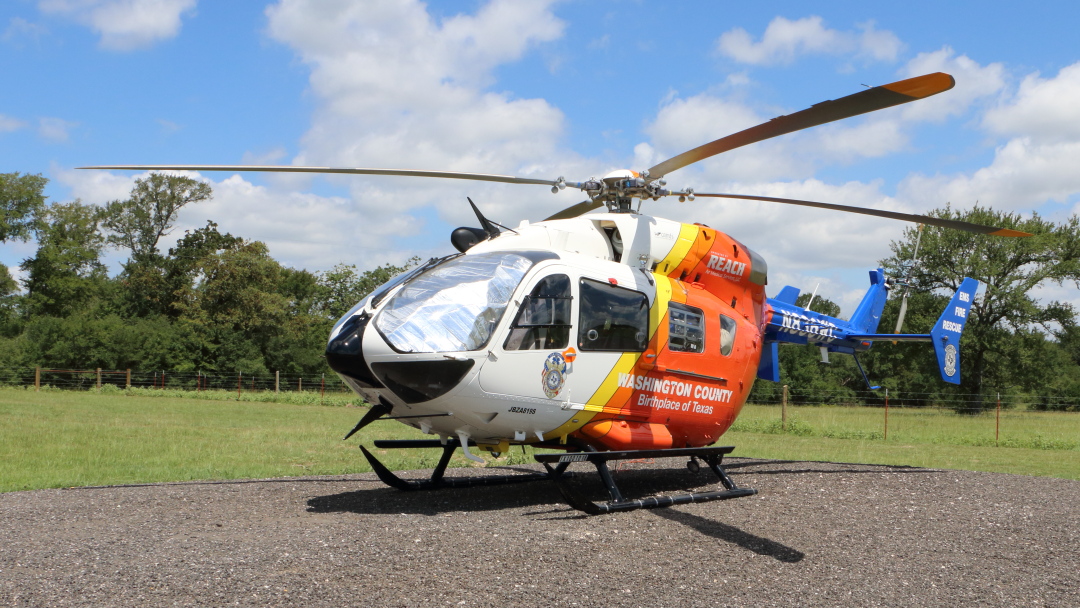 After several months of operation, we talked with Washington County EMS Director Kevin Deramus on how the helicopter program is going.  The helicopter is based at the Old Washington Volunteer Fire Department building on the east end of the county.  Deramus said the spin up time for the helicopter is 7 minutes and it take only five minutes to reach Brenham.

EMS personnel still have to get the patient ready for the air transport, and often the helicopter crew is at the scene before the patient is ready.  The REACH Air Medical crew stays at the Old Washington Volunteer Fire Department building.  Deramus says they looked at building at the Brenham Airport, but the costs were going to be higher because of having to meet city codes with the construction.

After two full months of operation, Deramus says the program has exceeded his expectations: